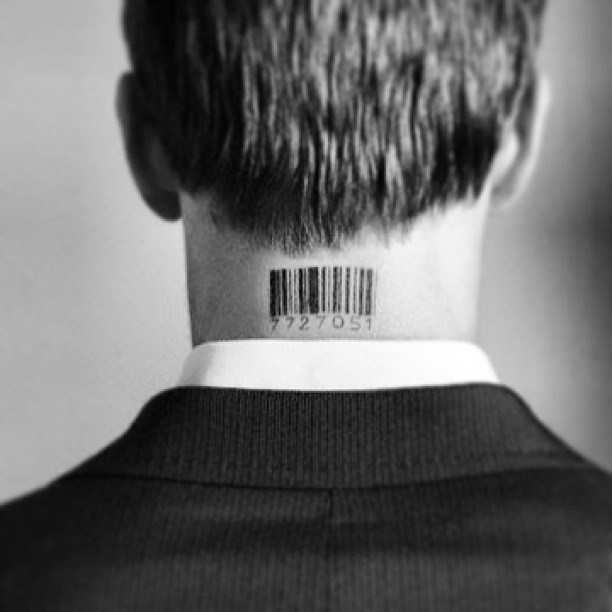 As you may know I love procedurals and mysteries. Over the summer and fall I watched a lot of House, which is essentially a police procedural set in a hospital, and then when that ran out I wanted something lighthearted that I could stream before bedtime. For now I’ve settled on Rizzoli & Isles, which is sometimes dreadful but always soporific.

Anywho, the episode I watched last night involved a character who had a tattoo of a QR code. (It was actually a pretty good episode, too.) It got me thinking about tattoos on characters more generally. Marked bodies have relevance in all kinds of fiction, though the one I’m most familiar with is Germanic mythology and Norse sagas. In both, but especially in the sagas, very little physical detail about characters is given. When a detail is given, it’s one of the ways that you know that a character is not only important but different somehow. For instance, Odin only rises to his highest level of significance after he trades an eye for a look into the future.

This is an extreme example of conservation of detail, where you only mention things that are, in one way or another, relevant to the story. These can be scene-setting details and grounding details, or a way of getting to know a character better. In some genres, like historical fiction, a lengthy depiction of the setting is part of the form. In a Victorian Briefroman, an overly-formal description of characters and customs, even if not at all related to the plot, is expected. (I don’t care for the latter specifically because of this, but that’s merely a matter of personal taste.)

This is especially true in time- and space-limited formats like an hour-long mystery. You literally only have time for clues and red herrings and a bit of verisimilitudinous detail. So when this character was tattooed, it was important, especially because it wasn’t the sort of person you’d usually associate with a tattoo. A QR code is also something that contains explicit data, and probably isn’t just an asethetic throw-away. Unless it’s part of an extensive description of Maori tattoos or something else genre- or setting-relevant, then, a tattoo is a pretty important thing to put on a character.

I don’t currently have any characters with tattoos. I’m sure that I will soon, especially in the urban fantasy story that I’m working on (more on this to come!).